We had our first lesson with Renate Van Allen. Renate is an obedience dog trainer/teacher that happens to live close to us (amazingly!), and has earned two National Championships with her Labrador Simba. Here are some things we discussed:
For obedience training, I need to stop having Trey “sit” all the time; Renate says there aren't that many times that you want the dog to sit by default, so don’t train it. That’s not to say that for “household obedience” you should stop the sit training. So we’ll keep working on “sit” at doors before going through; “sit” for your dinner; etc. But for our obedience training, we’ll stop sitting all the time.
I tend to over-train Trey, and I run the risk of making it boring, repetitive and not interesting for him. Plus he’s still a baby! So keep the training sessions to 5 minutes each, maybe three times a day. And it’s not necessary to cover everything in one session. For instance, this week I must try to get him to jump up to “Take It” after an exercise, so if I can get him to do that (instead of sitting by default), then that’s a successful session.
Also, yesterday I walked him for about 20 minutes, which at the time he loved. But he was beat afterwards and slept like a log for 3 hours. I over-did it (again). So I’ll limit my walks to 10 minutes for now.
Things to work on this week:
1) Heeling in a large circle. Using the word “Strut” as in “Good Strut!” as he follows me around. Use the treat to show him where to look, not to lure him around. My emotion, excitement, voice is what gets him to “Strut”. Keep the treat more forward (because he is lower drive), say, 18” in front of my knee. Don’t walk too fast - he’s still a little guy. At the end say “Take It!” and try to get him to jump up a little to take the treat. Don't go too far before the reward. Do not finish with a sit.
2) “Get It” Game: throw a piece of cheese 10 feet (or more) out in front and say “Get It!” As he just about gets it in his mouth, say “Front”, and as he runs to me spread my legs and throw a treat through my legs (behind me) and say “Get It!” again. As he gets that one, turn around and say “Front” again, and throw through legs, etc. End with a “Take It!” trying to get him to jump up and take it.
3) Place Board: Get him to approach the short side of the place board and get up on it. Do a left 180º turn and say “Trey Sit!”. Then treat him. This prepares him for the “Out” where he must run out and turn around (180º turn) and sit. The board makes him learn not to cheat forward. So to re-cap: say “Place” to send him to the board; “Spin” for the 180º turn, “Trey Sit”, then treat him.
4) “Spin” and “Twist”: “Spin” is a counterclockwise turn. Introduce “Twist” as a clockwise turn. I had been using “Spin” for either direction.
5) “Drop” and “Down”: Use “Drop” to mean get into the Sphinx down position. Use “Down” to mean get into the lying down position used for long down-stays (where the rear legs are turned under him). Further on “Drop”: Trey was stepping forward as he dropped; the drop must be straight down (or on the “down on recall” he’ll be inclined to cheat forward towards me when he is coming and I “drop” him). So use the treating hand to sort of push him backwards so when he “drops” his back legs go straight down. One last thing, don’t start in the sit position; start in a standing position to teach “Drop” and “Down”.
Posted by Bill Keilt at 11:51 AM No comments:

4/15/2014: Trey at 9 1/2 weeks. All these basic commands are getting crisper and he's doing them with more spunk. He really likes working, and he is very treat driven. He's basically a chow hound. I found that if I trained him before a meal, then he didn't finish his meal. If I trained him after a meal, he would eat (scarf actually) his meal, and he would still be highly motivated by the treats during training. So after-meal training seems to be the best approach for now. In this session, I'm training the following behaviors: 1) Let's Go (taking off from the place board).... 2) Place (go to your place board).....3) Paw (or shake)............ 4) Come......... 5) Heel finish after Come .........6) Down from Sit ......... 7) Sit from Down ............. 8) Spin (both directions) ....... 9) Heel (to my left side and sit) .........
I love that Trey offers a "Sit" as a default behavior. He's done that since we brought him home at 8 weeks. I make sure I get the sit every chance I can, for instance, when serving his food, I make him sit before I put it down. He makes it easy.
I'm using the place board as another default behavior for Trey. Much of his further training will develop out of the place board, so getting him comfortable there and getting him to desire to be on the place board is important. It's funny; now whenever we walk near it during the day, he hops up and sits and looks for a treat. In that case, the treat is enthusiastic praise, but not food.
Here's today's training session with those behaviors: http://youtu.be/fznd0pKARjs
Next up: 1) I always train in the exact same spot; I need to move the place board and training session outside or to another room; 2) I haven't started working on retrieves yet; begin that with simple "fetch" 3) I have not been working on the "kennel" command. We put him in his crate often; he loves it, but I need to start teaching him to go into the kennel on command. 4) Jumps: here's a big one. In Connie's videos, she has her dog doing the jump exercise at 9 weeks. But Connie has access to a full-blown training center, (hers!). I've got to think about how to begin teaching this without proper jump equipment and gates and such. 5) Come, using a long line.
Posted by Bill Keilt at 10:13 PM No comments:

4/10/2014: Exercise Pens! We are really getting a lot of use out of our ex-pen. Trey doesn't complain at all about being inside, and it actually seems he likes it. He can be with the family, not in a crate, and have some freedom to move around. Plus we are free to not worry about him and do not have to pay strict attention to him for periods of time. Our breeder, Jamie, said to us: "Don't make it difficult", meaning, don't make raising a puppy a killer job. So we're trying to make decisions with that in mind. Here's a picture of him in his crate, and one with our grand-daughter's dog Winnie, who like very much to be together, although at Trey's age, we do not let them play together at all. One is always in a crate or the ex-pen while the other is free to walk about.

Posted by Bill Keilt at 7:32 PM No comments:

Email ThisBlogThis!Share to TwitterShare to FacebookShare to Pinterest
4/08/2014: First time on leash! In this video, Trey is on a leash for the first time in his life. My objective here is to simply associate good things with the leash. No pulling on my part at all. I let him wander around with me; whenever he gives me eye-contact, or even looks my way, I reward him (with treats). When he steps up on the place board voluntarily, I reward him. When he tries to walk outside the radius of the leash (lunges), I “become a tree”, holding the leash firm to essentially limit him to a stop. When he looks back at me, I reward him.
Here's a one minute video: http://youtu.be/duVHORzpXeQ
Posted by Bill Keilt at 3:19 PM No comments:

Email ThisBlogThis!Share to TwitterShare to FacebookShare to Pinterest
4/08/2014: Basic Training: Trey is about 8 1/2 weeks old now. I am starting to train him in basic obedience to simply build a foundation for future obedience competition work. In this video I am working on the following behaviors:1) Sit, offer the paw (shake)....... 2) Place (go to your place board) ....... 3) Down......... 4) Follow the lure..... 5) Down from sit...... 6) Rollover.......
I'm not worrying about anything other than him responding to the lure, and making a connection with me. The fact that he responds so readily to treats makes my job easy. All this stuff is off-leash in a confined area.Here's the video (1 minute 40 secs.)  http://youtu.be/pYhJXaEhpow
Posted by Bill Keilt at 3:14 PM No comments:

Email ThisBlogThis!Share to TwitterShare to FacebookShare to Pinterest
4/05/2014: New Puppy Home: Today we took home our new Golden Retriever, Trey, from Jamie Beckett at Beckett Ranch Golden Retrievers in Lyons, Colorado. Here's a link to Jamie's site: http://www.brgoldens.com/
I love the tag line on Jamie's Home page: "Breeder of Golden Retrievers with titles at both ends". She breeds conformation champions that also have what it takes to achieve athletic titles. It's exactly what we were looking for in our new dog.
Posted by Bill Keilt at 3:10 PM No comments:

Email ThisBlogThis!Share to TwitterShare to FacebookShare to Pinterest
4/01/2014: Seminar: Last weekend I attended a two-day seminar by Connie Cleveland, one of the country's leading obedience dog trainers. The seminar was titled "Dogs Are Problem Solvers". Here's a link to her home page: http://www.dogtrainersworkshop.com/; you'll find valuable information there.
I will be using Connie's method and techniques as best I can throughout Trey's training, and am grateful to her for her materials and the experience of the workshop. Connie gave me a "sneak peak" at her new training material for puppies, and most of what you see on these early videos is taken directly from that material; I'm not experienced enough to make any of this up!
Posted by Bill Keilt at 3:03 PM No comments: 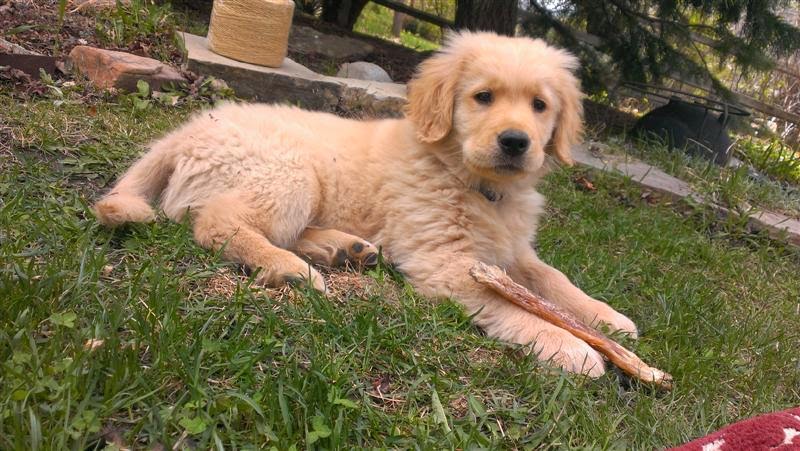 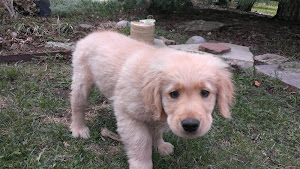 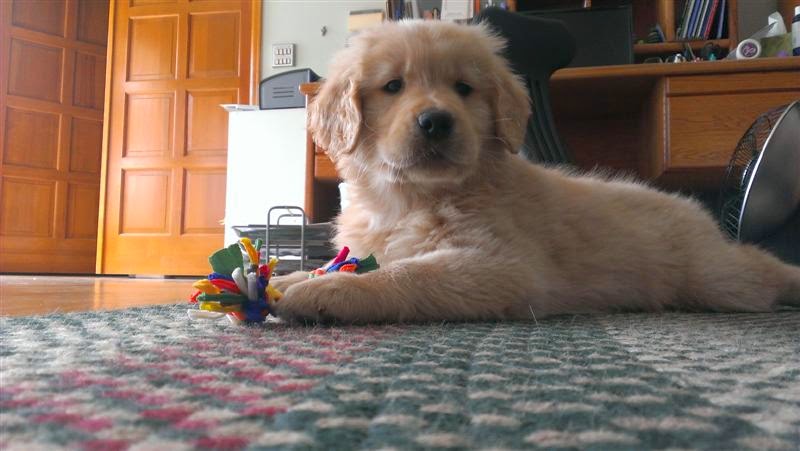 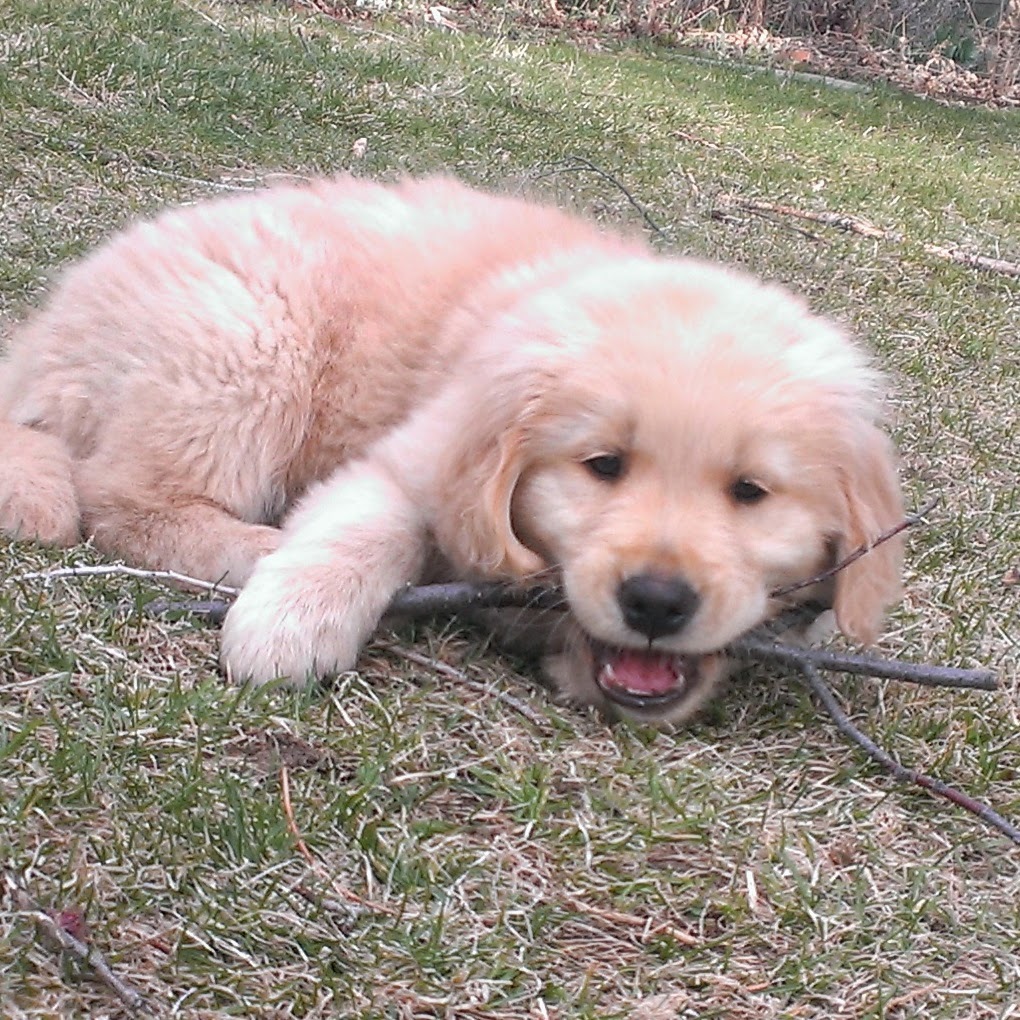 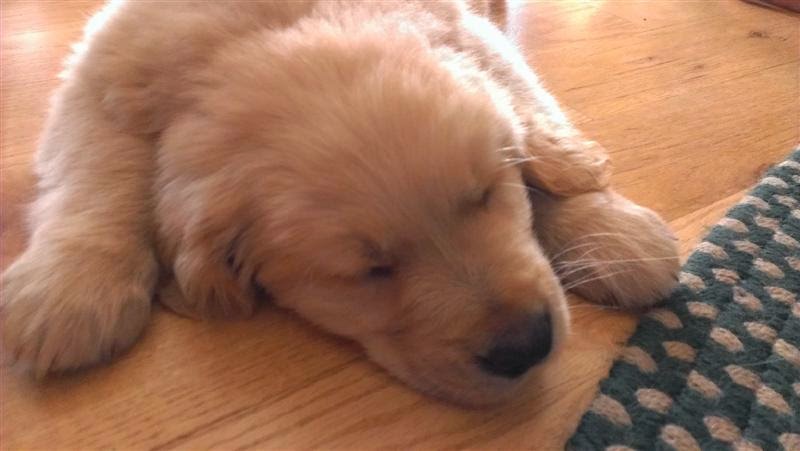 I love sleeping, and eating twigs!